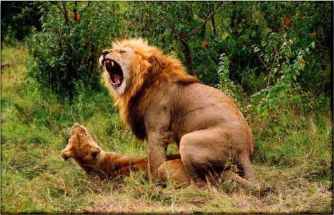 Successful animal mating pics can be difficult to obtain in the wild unless you are very lucky. The photographs here were taken on safari in Africa at the Masai Mara and Kruger Parks respectively.

lion matings can occur 2 times/hour for up to 10 hours and for every cub that survives to yearling stage, lions copulate an estimated 3000 times. Litters of up to 6 cubs are born at any time of the year and the lioness conceals them away from the rest of the pride after birth

They then get introduced to the pride after 6-8 weeks or a little bit later if there are older cubs in the pride. This helps to protect them from sibling rivalries and overzealous males.

At birth they weigh approximately 1.5 kg, which helps explain why they need protecting from the rest of the pride for awhile until they are bigger and stronger. 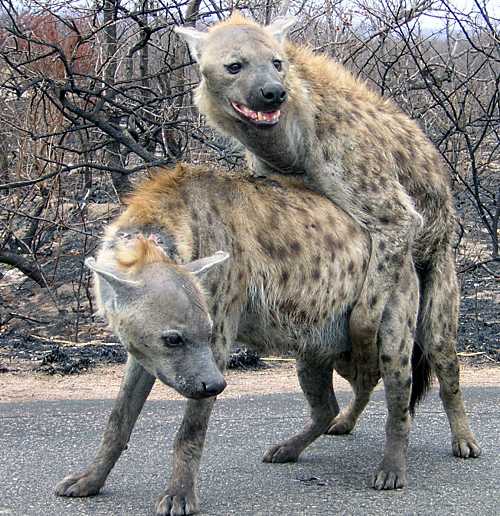 I came across this hyena couple in the Kruger National park who were doing their thing in the middle of the road, which was an unfortunate choice of venue because eventually the cars trying to get past them proved too much of a distraction and they ran of into the bush.

Hyena have a gestation period of 90 days and litters of 1-2 are born at any time of the year. In the Kruger Park extensive use is made of drainage culverts that run under the roads to birth and raise the cubs. They are born with their eyes already open and teeth intact.

Sibling rivalries are intense, especially if the cubs are of the same gender and more savage if they are female. Weaning begins at 9 months and is complete at 16 months.