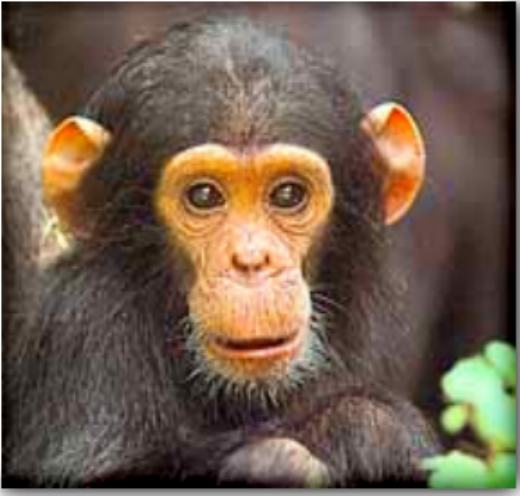 Their habitat is being encroached on by human activities such as logging, farming and settlement and they still suffer from being hunted as bush meat.

Fortunately there are some reserves in which they are being conserved but the number of primates that can be sustained in these areas is less than in the wild.

Conservationists have woken up to the fact that protected areas need to be inclusive of the human settlements around them and provide benefits directly to the local people in the form of jobs or revenue. If they don't they run the risk of alienating the people in the surrounding area and then the medium to long term existence of the reserves is put in jeopardy. 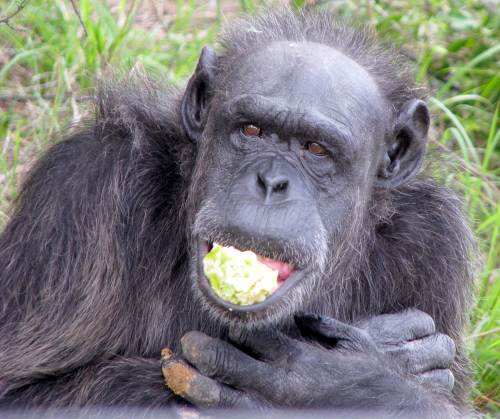 I took the picture above of a very old chimp at Chimpanzee Eden near Nelspruit which is owned by the Jane Goodall Institute. This sanctuary is doing an excellent job to care for and rescue these apes that are in such need of help. They also do great work in educating the public about these wonderful animals and what they can do to aid in their conservation.

The ultimate aim is to return some of the apes that have been rehabilitated back into the wild. They arrive from various places in Africa, some having been kept as pets and others used in circus acts or performing tricks in an attempt to earn their owner some income.

At the sanctuary they get the opportunity to interact with their own kind more and they are taught to try to fend for themselves rather than only relying on humans for their well being.