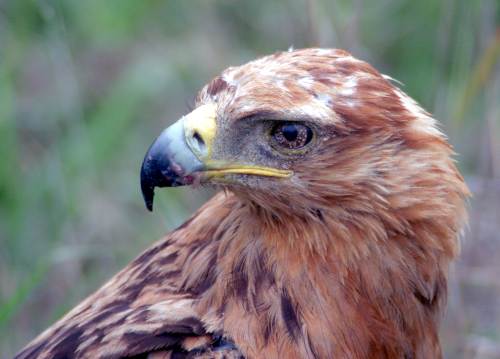 Taking a decent eagle picture often requires pretty specialised telephoto lenses. They always seem to perch in the uppermost branches of the tallest trees which means they invariably look like small blotches in the middle of a tangle of branches in my photographs.

But sometimes good fortune comes my way and I get a picture that is worth looking at, like the tawny eagle above which fortunately was sitting on the ground at the time.

We had just entered the gates at the Kruger National Park when we came across this magnificent bird about two metres from the edge of the road. He had killed a guinea fowl and was very reluctant to give it up.

We watched him for about ten minutes until the throng of vehicles made him lose his nerve and he flew away.

Best Places To Get Eagle Pictures

In my opinion, one of the top areas to get pictures of raptors is in the Kgalagadi Transfrontier Park in South Africa due to a number of reasons...

The Kruger Park is also not a bad area but the denser vegetation does might things a tad more difficult. I took this picture of a Fish Eagle there close to the Transport Dam, which is the place where the famous battle between the lion and buffalo occurred that was uploaded to You tube. 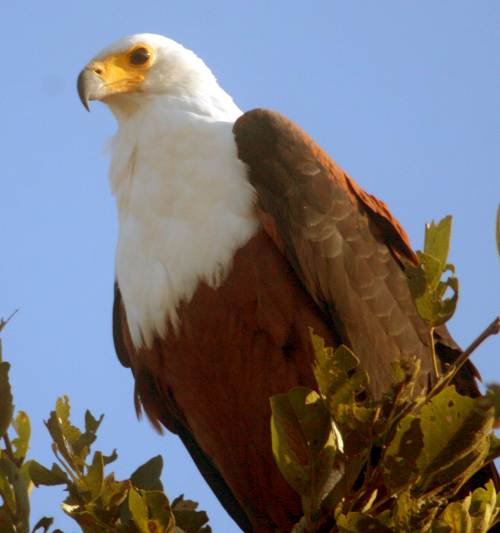