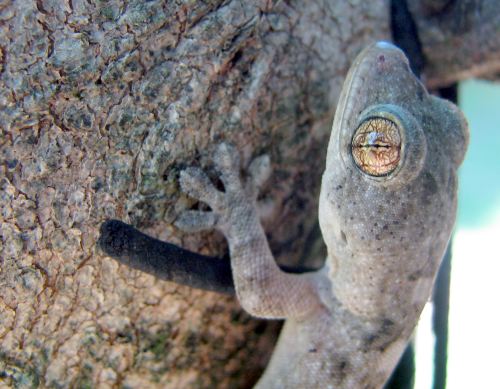 As these gecko pictures show, geckos can cling to virtually any surface. How do they do it? Millions of tiny hairs packed densely together underneath their feet and toes give them a grip that even Spider-man would be proud of.

So when you attempt to take photographs of them you may find you have to adopt some strange positions to get the angles just right. I used the super macro function on my camera to get the above photo and fortunately the little guy obliged by sitting still.

This is one species of animal that has adapted very well to humans transforming their natural habitat. They can be found living in the roofs and on the walls of many urban and rural dwellings in Africa and are tolerated because they catch unwanted insects.

They are largely nocturnal and come out at night to devour things like mosquitoes, flies and spiders but they do sometimes show up during the day like this one I photographed.

They stalk their prey slowly and then make use of a burst of speed and a sticky tongue to effect the final capture. Strongly territorial, they try to protect their patch of land from any invaders of their own kind by agressively chasing interlopers away.

Communication is done by variety of chirps and squeeks, almost sounding like bird calls, but quite distinctive ones you've identified what it is. Things can get downright noisy if there is a squabble going on for food land rights.

Ranging in size from 5 to 30 centimetres and wit a wide variety of colouring, these reptiles are as versatile as they come. 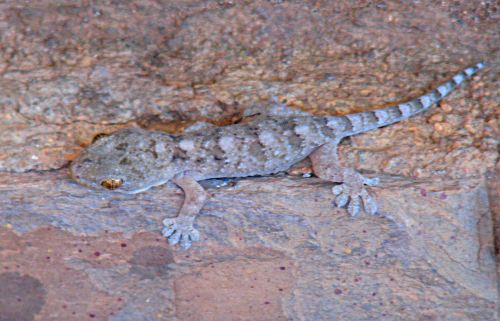