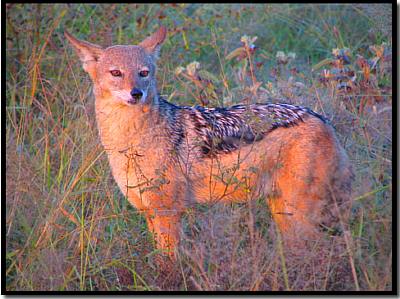 The jackal photos here were taken by me in the Kruger National Park in South Africa early one misty May morning. This animal makes a living by scavenging and he had just finished an egg breakfast when I snapped the pictures. He scampered off into the bush soon after.

Jackals are monogamous and will only have one mate for life. Both male and female will take part in the marking of the territory. They are capable of living up to thirteen years but normally only make it to six or seven in the wild.

They give birth to 3-8 young but have an average litter of four young born after a gestation period of approximately two months. The individual here was probably marking territory too while searching for a meal.

Where to Photograph Jackals

The Kruger National Park in South Africa used to be a good area to find them but their numbers have been declining in recent years, so sighting them has become pretty infrequent. Not sure what the reason is, but it could be due to the high density of larger predators like lion, hyena and leopard which compete with jackals for food and will kill them if they can catch them.

But in the Kgalagadi National Park in South Africa and Etosha in Namibia they are still numerous and so will be your opportunities to photograph them.

They are very photogenic because they are always busy with something and interact a lot with animals around them but this can also pose a photography problem because they virtually never stand still so you have to frame and take very quickly. 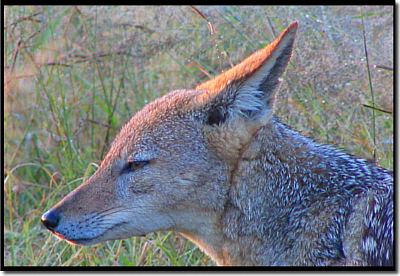