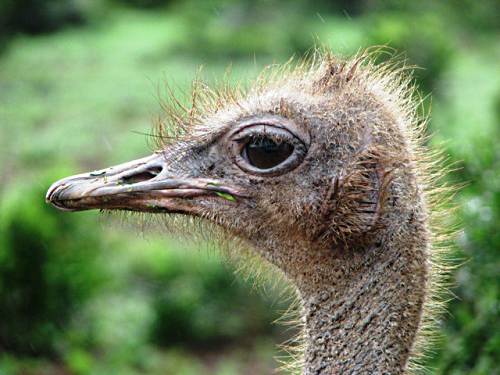 Finding these birds in wildlife areas in South Africa can sometime come as a bit of a surprise because they are also popular farm stock animals. It's almost like coming across a cow in a National Park until you realise that ostriches were roaming the African plains long before humans started breeding them for their meat and feathers.

So it's possible to go to a farm to capture ostrich pictures but not much of a challenge. I've been to Oudtshoorn, which is considered to be the center of the ostrich farming industry in South Africa, where I had the fun experience of riding on the back of one of these big birds. Lasted about 20 seconds in total after which I was unceremoniously dumped on the ground.

That being said, I didn't take any photos there, all the images I have of these magnificent birds were taken in the wild.

They can be found in a number of national parks in Southern Africa including the Kruger Park, but they are seen rather infrequently there. A better place to find them is in the Kgalagadi National Park, which is a prime habitat for them. The picture below was taken at one of the many waterholes to be found there.

Addo Elephant Park also has its fair share of them and makes for good photo opportunites because the vegetation there is often a lot greener for most of the year, as opposed to other parks which can look very drab in the dry season.

Unless you have a high magnification lens, getting close-ups of them in the wild can prove challenging because they can be a bit skittish, prefering to stay away from roads and motor vehicles, which means you often end up with a pic of a black or grey blob on the horison. 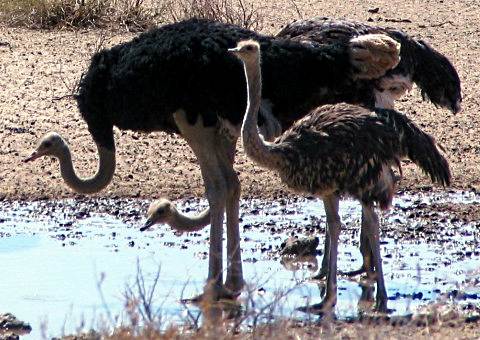