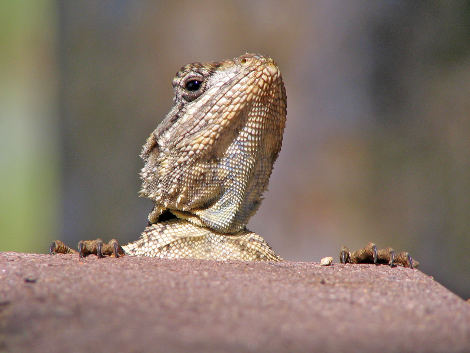 These reptile pictures which were all taken in Africa give a slight indication of the variety of species that can be found there but they only scratch the surface.

There are masses more due to the fact that they thrive in the type of climate that Africa provides.

In Southern Africa there are approximately the same amount of them as mammal species. 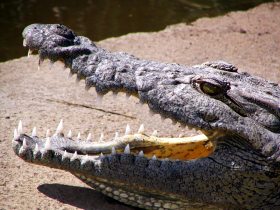 They are often difficult to see because of their shy, nocturnal and burrowing habits. As a group, they have scales (or modified scales), breathe air and lay eggs. 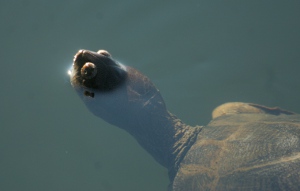 One of the best places to see most of these species in one area is in the Kruger National Park in South Africa which, by the way, is perfectly suited for a self-drive safari (saves you money and you gain a flexible schedule - a bonus if you're into photography).

Many reptiles occur naturally there and I have spotted snakes, lizards, chameleons and tortoises crossing the road.

On a recent visit a black mamba tried to cross the road just in front of my vehicle but as I approached it lifted the front half of its body off the ground and changed direction back into the grass. It happened so fast, in this case there was no time for photographs.

Puff adders, tortoises and chameleons are easier to photograph since they move so much slower! 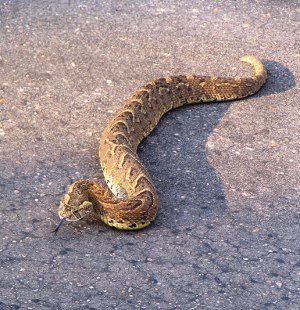 Crocodiles and terrapins sun themselves on the banks of most of the rivers and dams in the Kruger, where monitor lizards are also likely to be spotted. Various types of lizards can be seen and photographed even in the rest camps.

Previous travellers to the reserve have written travel diaries about their experiences there which include some stunning reptile pics.

Back to wildlife photo gallery or top of reptile pictures