Thank you to everyone who entered the contest through African-Safari-Journals.com, African-Safari-Pictures.com and Top-Adventure-Tours.com - thereby contributing to the pool of travel expertise by travellers (and not brochures) for travellers. We continue getting feedback from prospective travellers finding your first-hand honest accounts very useful.

The 2011/2 competition prize was sponsored by Bearded Heron Safaris (read reviews) so I popped into the Kruger National Park early in January 2013 where I met up with Neil Heron who performed the draw in front of a typical Kruger bungalow. 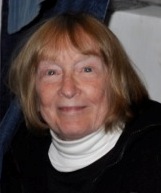 Which animal would you most like to come across on the safari, and why?

Leopard up close. I want a really good photograph.
Patty took up her prize and enjoyed a Bearded Heron Safari in the
Kruger National Park during September 2013.
Read her review...


Watch the video of the draw:

The 2010 as well as 2011/12 competition prize was a 5-day guided safari in the Kruger National Park, South Africa to the value of US$3500 with Neil Heron of Bearded Heron Safaris.

Neil is a Kruger expert and passionate about what he does. Read more about what others had to say about their safaris with him and you'll see why I selected Bearded Heron Safaris as one of the top 3 safari operators for a South African safari.

Wild dogs. There are some animals which give me a special thrill to see in the wild and are still relatively accessible, eg Tiger. There are others which for me would be virtually impossible (unless I was Gordon Buchanon for example), eg Clouded leopard. Then there's a group in between which would be difficult but not impossible, and which would lift the experience by an order of magnitude, eg Wild dogs, Jaguar. Wild dogs are in the Kruger and to see them would be a lifetime ambition realised and a real privilege.

I'm really into wildlife, naturally, so if I'm not busy planning my next wildlife adventure or sorting through the photos from my last trip I'm out birding in the wilds of Norfolk!

My binoculars and my camera, oh, and my glasses as I'm blind without them. I forgot them on a trip to Marsa Alam and it was a nightmare wearing my contact lenses all day!

Well I have a passion for big cats so I'd have to say any of the large African cats would be a real treat, but particularly if we can come across a leopard or a cheetah. That would just be magical!

Jo went on the Olifants wilderness trail
(Kruger National Park) for the walking safari prize
which she won, from 13-16 October 2010.
Read all about her experience.

What do you like to do with your free time?

Relax, visit friends, play games or do something sporty.

When travelling, what don't you leave home without?

Definitely camera! And a book to make travel notes in.

Yawning hippo (in the water) - I want to see how wide they can open their mouths.
Baby elephant - just because they're so cute.