View from the tent at Chongwe

Wildlife spotting was great but for me the highlight of my Norman Carr safari was the whole experience and I enjoyed the walks and the time spent on the river in a boat or canoe as well as the fishing. Canoeing through crocodile infested waters is just as exciting as game viewing.

The Norman Carr guides were all Zambian, very experienced and had been with the company for many years.

We had our own tailor-made itinerary and stayed at three Norman Carr lodges/bush camps. We kept meeting people who were visiting the same camps but in a different order or who were staying a different number of nights.

On games drives there were generally no more than four people along during the day and six in the evening. All vehicles in both parks were open topped vehicles.

Apart from Kapani Lodge, all were luxury tents often with thatched roofs with only a small number of tents (between five and seven).

Mchenja was the most luxurious with a bath tub in the tent and drapes from the ceiling - it was more like sleeping in a marquee than a tent.

All the camps were situated on the river and so the views were fantastic. A pod of hippos were resident on the opposite bank at Chongwe.

Breakfast consisted of fruit, toast, cereals, juice and coffee and was served around 5.30am. Sometimes local porridge was available.

Morning coffee, often brewed on a camp fire, was served around 9.15am with homemade biscuits.

Brunch was served in the Norman Carr camps at 11.30am and consisted of a main dish (e.g. lasagne) and a vegetarian main dish (e.g. vegetable quiche) with a wide range of salads (with different colours, textures and tastes).

Homemade bread was always available (on one occasion, shaped like a hippo) and good selection of relishes.

At Chongwe, lunch was similar, but was served a little later at 12.30pm or 1pm.

For afternoon tea at 3.30pm there was always a cake, tea, homemade lemonade.

Evening meals were of a fantastic quality and were varied with three courses e.g. soup or pâté, a main meal with meat and vegetables and a desert. 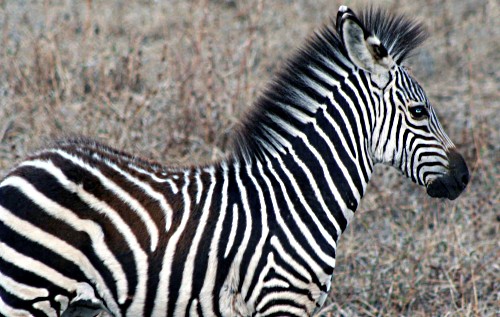 We saw everything and so I won't elaborate more than to say we saw: elephants, lion kills, leopard (by day and night), hyena, giraffe, zebra and lots of DLTs (deer like things).

Pack lightly and take half of what you think you will need as the camps we stayed in all had a daily laundry service - leave it before you go out and it's back by 6pm.

Take binoculars and a camera even if you take little else.

Make sure all your camera batteries are fully charged before you leave as the bush camps have solar power and often recharging them is difficult or slow.

My warm fleece was worn to death as it was cold in both the mornings and evenings.